Everyone loved these vegan cinnamon buns. I was looking for a healthy cinnamon rolls recipe, and I came across this recipe from Don’t Eat Off the Sidewalk, a great vegan blog. I changed it a bit.

Anyway, these disappeared after dinner, so I think they were a success. Here’s my version of the recipe… 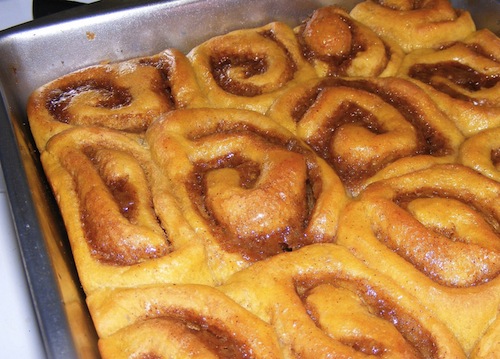 I think these healthy cinnamon rolls would be great warm with vanilla ice cream… Unfortunately I didn’t have ice cream, and now they’re gone. Guess I’ll have to make another batch.