Some fruit for the day: 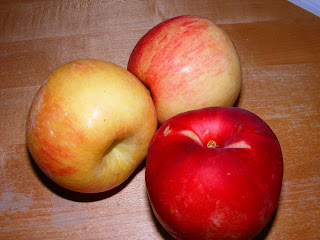 Dinner: (something sort of light and veggieful because I was pretty full from all the nuts.) I had seconds of both the eggplant parm and the tomato/corn salad.

Bobby wanted me to show this beautiful drink he made – strawberry banana Naked juice, raspberry vodka, and the mixer is a honey stick! We can’t figure out what flavor the honey stick is though – possibly raspberry? 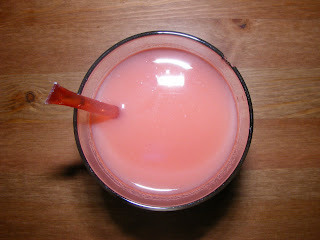