Jillian Michaels totally kicked my bum this morning!  I did 30-day Shred level 2 followed by Cardio Yoga – I felt so amazing after this workout.

Breakfast: (I used this recipe) 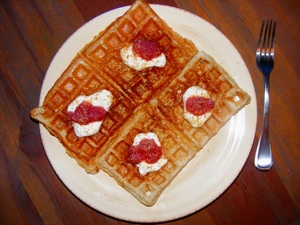 We tried to go to Half Moon Bay’s Art & Pumpkin festival today, but the traffic was too terrible!  We were less than halfway there and it was bumper to bumper the rest of the way, so we turned back… and took a 2 hour nap.  When we woke up we ate  (around 3) –

While we ate we watched Food Network (Down Home with the Neelys) and they were making this amazing looking bbq chicken pizza meal.  I knew that I had to make my blogger secret ingredient tonight, so I figured out what we needed to buy for dinner.

Linens ‘N’ Things is going bankrupt… so they’re having sales!  I went out to the nearest one only to find that it had already gone out of business though, and it was closed 🙁  But there was a Marshalls right next door and I got clothes (shirts, a cute sports bra for $5), cookware, and sale gourmet food things like unsweetened raspberry jam, fresh coriander, and a new rooibos tea.  And more.

Then I stopped at Whole Foods to pick up bbq chicken, but they didn’t have the kind I wanted – so I got the vegan kind instead!  I got a whole bunch of other things at Whole Foods too (more fake meat, Orangina for Bobby, applesauce, etc…) because of this $5 off coupon.

Then it was onto Trader Joe’s (squash, buffalo jerky!, veggies for dinner), and finally back home!  So even though I did take a 2 hour nap today, I got a lot done 🙂 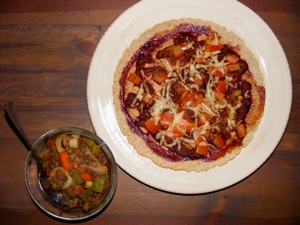 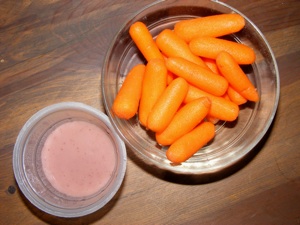 Bobby has ping pong lessons tonight so I’m watching House and hoping to catch up on Grey’s and Ugly Betty.  I might have some sort of dessert later – I’ll post in the morning if I do 🙂

Have a great night, see you tomorrow!  Hope your weekends are going fabulously!