Yesterday morning we got up and my dad and I decided to run – even though we’d walked and run 12 miles total the day before!  It was worth it though.  I went for a very slow 3.2 mile jog; my dad went a little faster and did about 4 miles.  When we got back I did Buns and Thighs Yoga again.

Breakfast was a new creation: 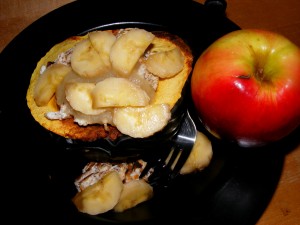 We decided to drive down to Santa Cruz, check out the boardwalk, and then drive up the coast to Half Moon Bay and come home.  It was fun!  We walked around by the beach (Dad’s never seen/touched  the Pacific before) for 20-30 minutes, then went back to the car to have the nice scenic drive up to Half Moon Bay.  We passed a lot of farms and farm stands, and just enjoyed the scenery.

When we got to Half Moon Bay we were pretty hungry so we stopped for lunch.  I got a turkey wrap on a spinach tortilla.  I finished it all – it also came with chips but I gave them to Dad.  I also had an apple. 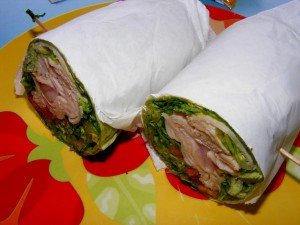 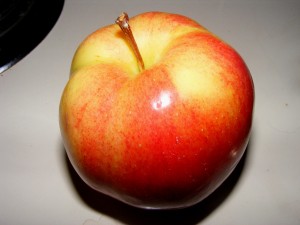 I laid in bed for an hour or so when we got back, then made a snack: 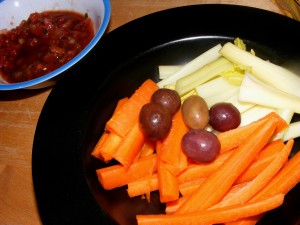 And then we waited for Bobby to get home.  He was proctoring this puzzle competition at Stanford for Microsoft.  For dinner we went to Red Lobster!  We all got the same thing – 1 pound of snow crab legs.  It also came with a garden salad (honey mustard dressing on the side) and a side (I got broccoli).  We all finished and I was the first one done 🙂  I’m good at eating crab. 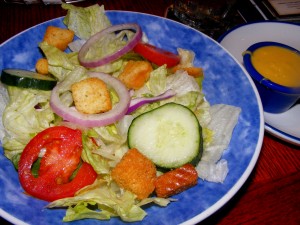 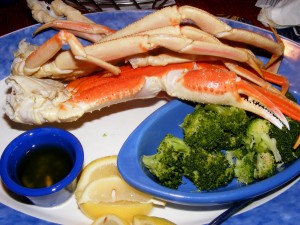 After dinner we dropped Bobby off at his ping pong lesson and headed over to Borders for a while, then picked him up.  I was starving at this point for some reason!  So I had a lot of fruit and I was totally satisfied.  The funny thing is, I didn’t even feel that full after all of the fruit.  Maybe because I’ve gotten so much exercise the last few days? 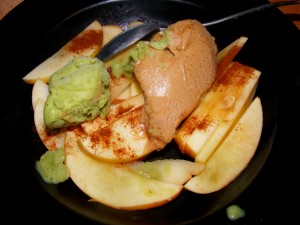 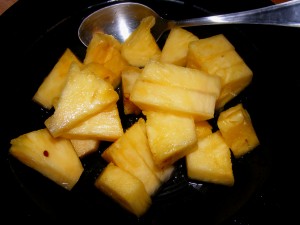 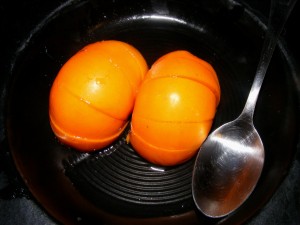 It was a very nice day with my dad; I’m so happy he’s here.  Today looks like it’s going to be fun – we’re about to head out to the farmers’ market in a few minutes.  I’ll fill you in tonight.  Have a wonderful Sunday!

14 Replies to “Drive along the coast”