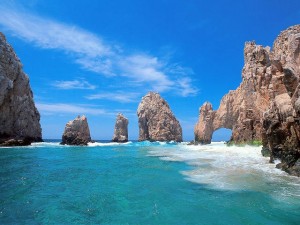 This is actually a lie… we leave tomorrow for LA, but the cruise doesn’t leave until Friday.  Ha! I tricked you.

Onto more serious talk.  I have been listening to a bunch of Jillian Michaels podcasts recently.  (Find them in iTunes by searching KFI AM – they’re under the “Sunday” program.  Or you might be able to find them HERE.)  I know some people don’t like Jillian, but I adore her.  I love her Shred workouts, I love her on the Biggest Loser, and now I love her podcasts.  She’s real and honest and kicks major butt. 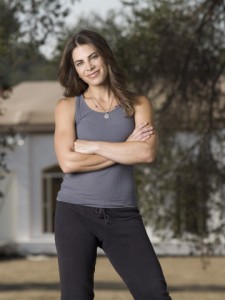 In the podcast I’m listening to today (12/7/2008), she’s talking about a contestant on the Biggest Loser and the things that are holding him back.  She asks the contestant, “what do you want?” and he responds, “I just want to win this battle within me.”

I really liked what Jillian had to say next.  She says, “What battle are you talking about?  You’re not a character in your own movie, fighting evil.  What battle??”

She goes on to talk about how we create these “battles” for ourselves, and we create so much drama and hostility.  We create these stories for ourselves in which we’re fighting such terrible battles… when the truth of the matter is this: there is no battle.  Maybe we have hard days – counting calories, exercising, trying to eat enough, trying not to eat too much – but it doesn’t have to be a battle.

We create so much mental drama about how we are fragile, or not good enough.  It all boils down to this – the Ego is creating a story for us to get absorbed in and hold us back.  Let’s lose the story and stop thinking so much.

The reason I haven’t been commenting as much the last few days is because I’m taking her advice. For the past few days I just haven’t cared about obsessing.  I have to thank that *new friend* that I mentioned yesterday for most of this.  It is so good to just have someone to talk to.  When I listened to Jillian’s podcast today it really hit home: what she said confirmed a lot of what I’ve been thinking the last few days.

What are your thoughts on this?  Am I simplifying it too much?  As recently as a week ago I might have said that these are real struggles and real battles and we need to glorify them… but I’m not so sure anymore.

I’m hoping I’ll keep feeling like this for the rest of the week, and on the cruise.  It’s kind of liberating.  I really need to get on that to-do list now…

For any readers near Portland, Maine – check out this post at Becoming Whole.  Dr. John Herzog is conducting a study on plant-based diets following his interest in The China Study.  He’s looking for participants and it sounds like a great opportunity.