When I won tickets (thanks, Foodbuzz!) to Dean & DeLuca’s Food & Wine Experience, I was so excited.  I’m not a drinker at all, but I thought it would be fun – and I’m never one to turn down free food.

For some reason I thought it was in San Francisco (~40 minutes driving), but when I looked up directions the night before, I realized that it was actually in Napa… ~2 hours away.  We debated whether or not to go, but decided to make a fun day of it.  Traffic ended up being horrendous on 880 (why, oh why California?), but aside from that the drive was okay. 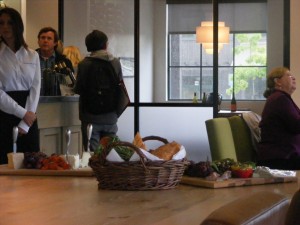 We arrived at the tasting center unsure of what to expect, but the hosts were very welcoming.  We started with the whites (I didn’t try these; a bad college experience makes me gag when I taste white wine).  Then we moved onto a mix of reds. 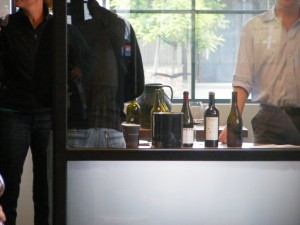 I tasted everything, but spit it all out into my spitting cup.  Oddly enough I loved all of the least expensive wines – Paloma Merlot, Poem Cellars Cab, and my favorite – a Cab called Fountainhead from Morisoli Vineyard.  There was one strictly organic wine (Cade by Plumbjack – Cab) that I tried, but it wasn’t anything special for me.  I asked Kerrin (the host) about organic vs. non-organic wines, and she said that most of the vineyards in Napa do have organic practices, but they’re not certified… because in a bad year, sometimes they will resort to pesticides.  I’m okay with that. 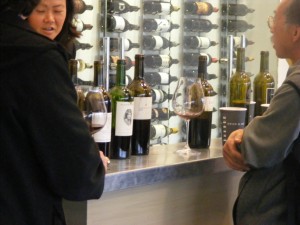 After we were done with the wines, Bobby and I beelined it to the food!  This was the BEST part.  They had this delicious French bread (crispy on the outside, pillowy on the inside).  There were grapes and raspberries.  There were pickles, delicious cheeses, fancy mustards, and salamis. 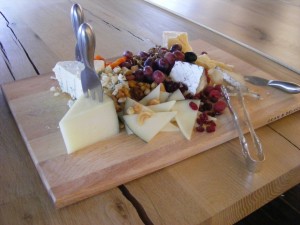 But the best of the best part – the pâté.  I adore pâté (don’t hate).  I dipped the grapes in pâté and went straight to foodie heaven.  This pâté was the best I’ve ever had, I think – and I have no idea what kind it was. (I do know what pâté is, and yes it’s bad and unhealthy, but I love it – it’s one thing I will not feel bad about eating.  It’s just too darn delicious.) 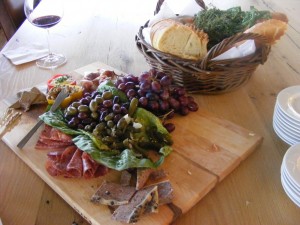 On the way home we stopped at an outlet center and bought clothes.  Bobby tried to buy me a new Coach purse, but I told him no – I think he’s planning something because he keeps trying to spoil me with things (what’s the deal, sweetie pie?).  I got a few new Gap shirts, and Bobby got some Gap shirts and a new pair of Lucky Brand jeans (his other pair had the button fall off).

We also stopped at this great grocery store, Han Kook (Korean), about 1/2 mile from our apartment because I was out of kabocha (!).  When we finally got home we were pretty tired, so I took the whole day off from the computer.  It was pretty nice, actually.  I think VeggieGirl has the right idea 🙂

Be back later with more FAQs!  And maybe a recipe, and some new buys.  Hope you’re enjoying your Sunday and getting rest before the work week starts up again.  Did you do anything fun this weekend?