Last night our friend from Cornell (who works with Bobby) came over to hang out. We watched Dexter (love this show!), played with the kitties (who are mostly getting along – they’re doing well), and made some juice. I just got into Dexter this weekend and I’m almost done the first season (it’s on Netflix streaming). 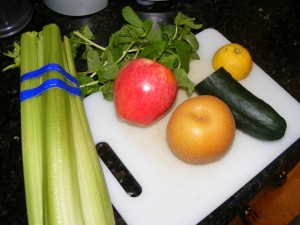 It made 3 decent sized glasses. It was so good. Griff liked it a lot, and was surprised at how sweet it was even though it was bright green. We served it over ice. 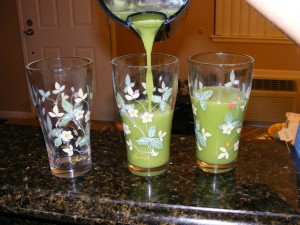 This morning I made a slight variation on my first juice from yesterday. It had… 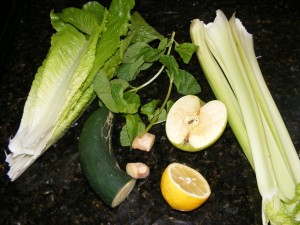 I love the way juice separates in layers. It’s so pretty. 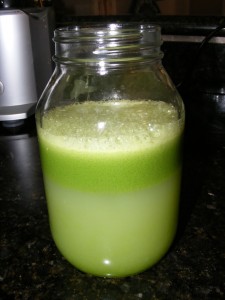 Before my juice this morning I found a posting on Craigslist for a used mini-trampoline (rebounder). I drove over, tied it to the top of my car, and brought it home. It was only $10. It’s 4 feet in diameter. I rebounded for 30 minutes while watching something trashy on E! and followed it up with 10 minutes of yoga-like stretching.

I decided to start another blog called A Love Of Words. I’d love it if you want to stop on over, but no pressure. It’s going to be my place for talking about linguistics, words, and language. If you’re into that stuff definitely check it out.

What’s your favorite TV show? Or what are you watching now? I’m glad I have 2 more seasons of Dexter to catch up on… I love finding new shows to watch.

P.S. Shelby made my homemade ketchup… have you?