Before I get to the food, look what we got yesterday: 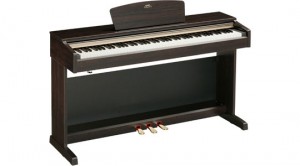 It’s a wonderful Yamaha electric piano (Arius YDP160) from Guitar Center. It’s not just a keyboard – it is electric, but it has weighted keys (all 88 of them) and sounds better than most real uprights. It’s a gift from Bobby’s parents: thank you so much! We love it. We really really love it. I played last night a little bit and as soon as I finish this post I’m going to play some more. I set a lofty goal to learn 10 new pieces by the end of the year so I have to get moving.

Here are some of the salads I’ve had over the last few days. 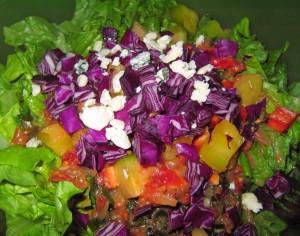 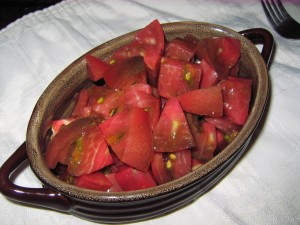 This was eaten last Saturday while watching 27 Dresses… which was so bad that I didn’t even finish it. Maybe my tastes have changed, but I really was not feeling that movie. Maybe I just don’t like Katherine Heigl.

I don’t think I ever showed you guys my farmers’ market bounty from last week. While making a salad… 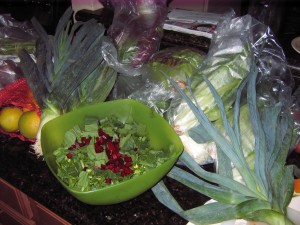 This was so much food. I’ve managed to eat most of it (and I had to supplement some of the juicing items like celery and cucumber). This was all from the Santa Clara market. 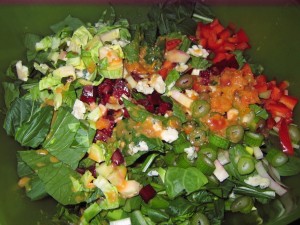 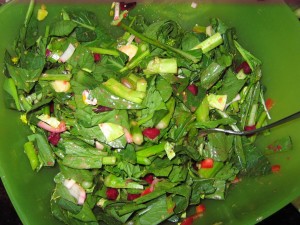 See the thick bottoms of the greens? I didn’t like them much and ended up throwing them out. For the rest of the greens (that I hadn’t used yet) I juiced the bottoms.

I actually have more salads, believe it or not, but I’m going to save them for a later date. I have to go find my battery charger for my old camera (which I’m using now; the newer one broke – er, I dropped it). I’m going to the San Jose farmers’ market today to check it out and update my Bay Area Post.

Words of the day!