At my blogger meetup on Sunday I had one of the best bowls of oatmeal ever. I knew I had to figure out how to make such a voluminous, creamy, textured bowl of oats. Well, I did it yesterday. This method rocks. I’m thinking it would probably work in a crockpot as well – have you ever tried that?

Anyway, this is my method for rice cooker oats. They come out so creamy and delicious. They were actually better than the oats I had on Sunday. 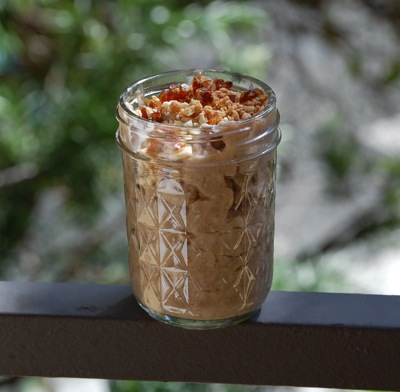 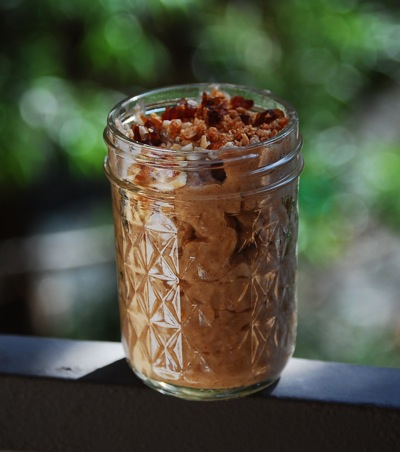 I had half for breakfast (so a 1/2 cup serving) but then I ended up eating the other half plain as a snack a few hours later. It was so good plain. I love adding cinnamon and vanilla to my oats. The stevia added a little bit of sweetness too – perfectly delicious.

If you’re short on time, this is a great method for cooking oats. You can toss them in the cooker and hop in the shower. While you’re getting ready, the rice cooker does all the work. And it’s way better at making creamy oatmeal than I am. If you don’t have a rice cooker, you should definitely consider getting one… it’s not just for rice!