You guys might have noticed that I’m eating a lot more meat and being a lot more adventurous in general. But don’t think that I’ve forgotten my veggie roots! Being in NYC has been an amazing foodie experience so far and I’m excited to try new things… but I haven’t lost my love for yummy healthy foods – I’ve just been experimenting a little.

This weekend (Saturday I think?) I went back to my macrobiotic roots. Last week I found a cool natural foods store on the upper east side just a few blocks from my apartment. It’s called The Health Nuts, and it’s on 2nd Ave between 63rd and 64th streets. It’s awesome. 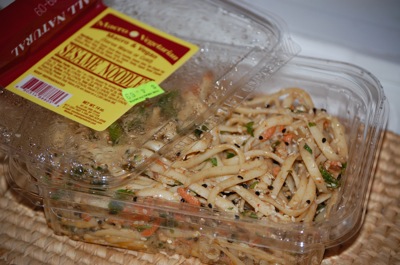 I picked up a bunch of prepared foods made by a company called Macro Vegetarian. I’ve uploaded pictures of the Sesame Noodles and Chicken Lo Mein (fake chicken) but I have actually tried a bunch more since I last uploaded pictures. Both of these were amazing, and Bobby agreed. This is my kind of vegan macro food! Of course I doused them liberally with nooch (nutritional yeast, for new readers). 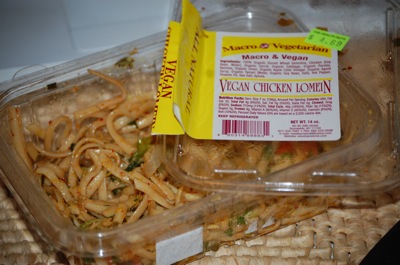 My favorite (out of all the ones I’ve tried; more reviews to come) is definitely the Chicken Lo Mein. It’s awesome. I actually picked up more today. These are perfect for lunches at work and dinner at home when I’m too tired/busy to cook… which is every night. I am so thankful for these products. 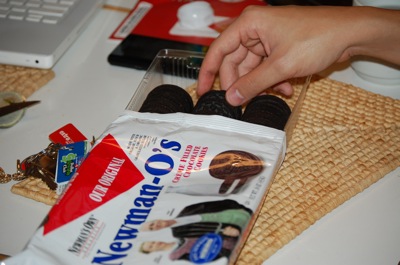