I am currently on Day 1 of the Blueprint cleanse, but I will review that when it’s over. Now I’m going to post about a holiday/Christmukkah party that my friends had last weekend. Last Saturday (the 19th) was the day of that huge snowstorm in New York. Bobby and I trekked up 10 blocks to David and Sarah’s house (my coworker and his fiance) for a Christmukkah party to raise money for Cycle for Survival (a very cool charity; check it out).

We walked in to see this: 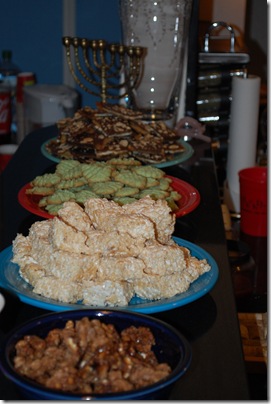 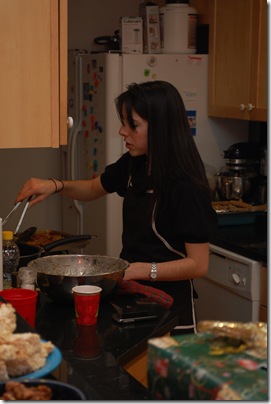 Dinner was some delicious latkes. I never really had good latkes before. We dipped these in homemade applesauce and sour cream. 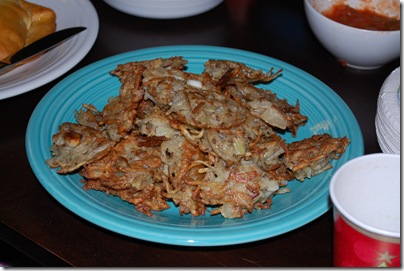 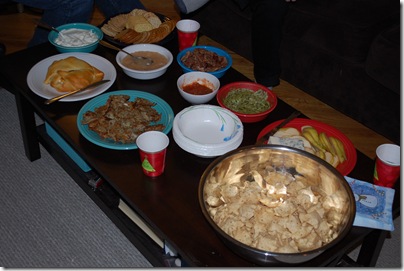 It was really fun. I missed going to parties – we never did much in California. 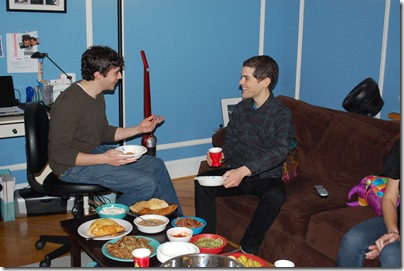 Their apartment was painted really nicely so I think I might get ours painted. It could do with a fresh coat. And here we all are (minus Bobby, who took the picture, and Ann, who left early): 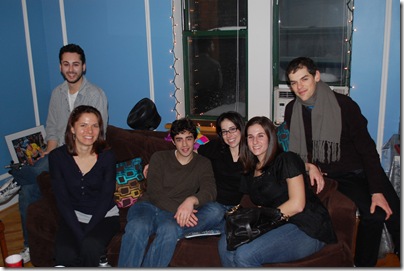 I should really get the recipe for the latkes. It’s one of my favorite ways to eat potatoes.

What’s your favorite party food? I usually bring a fruit salad – it’s pretty much no fail as long as you put some lemon juice and honey in it! And mint is a good addition too.