Last night (on the fourth of July) I made bi bim bap for dinner. Bi bim bap is a Korean dish – it’s rice, topped with lettuce, various cooked veggies, and an egg. And meat, for non-vegetarians. (Like that yolk, Sophia?)

In the spirit of being local/homegrown/American (it was fourth of July) I made this with mostly organic produce from our farmers’ market; the eggs are also organic and free range and delicious. I think the rice is even organic too. I’m making a serious effort to be more local/organic these days. 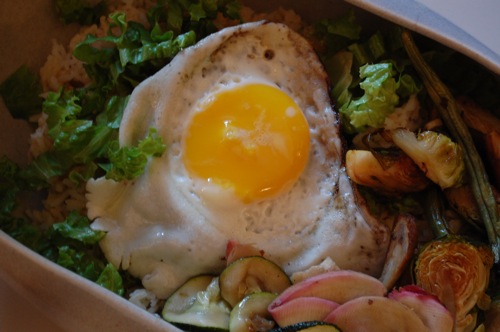 That is Bobby’s bi bim bap. It’s brown/white rice (a mix), some lettuce, a fried egg, and roasted veggies. 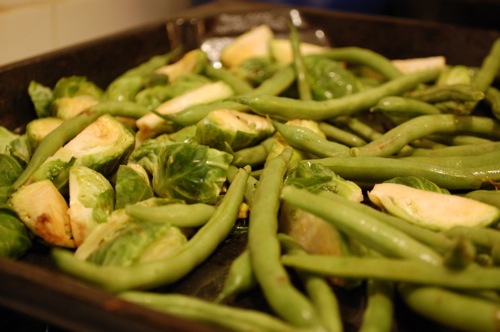 First I coated the brussels, beans, turnips, zucchini, and burdock in peanut oil and soy sauce. I put the brussels, burdock, and beans on one pan because those have to cook for longer; the turnips and zucchini can go on another sheet. I baked them at 400F for 35 minutes. I took out the turnips/zucchini early (25 minutes or so). 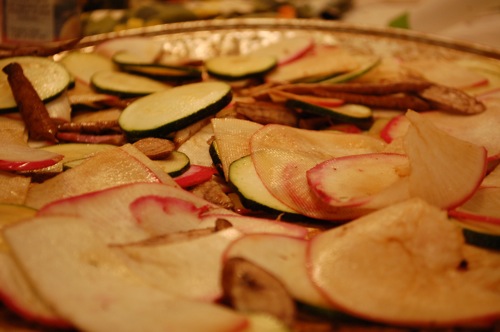 (Note: in the picture above I had put the burdock with the turnips/zucchini – I had to move it to the other pan because it wasn’t done after 25 minutes!) Then they came out: 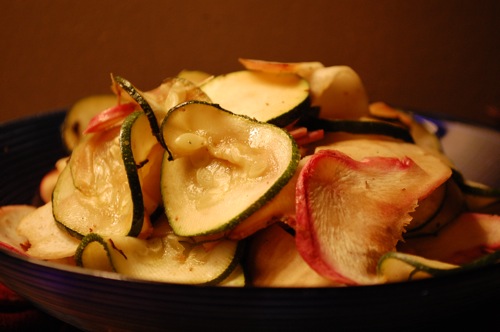 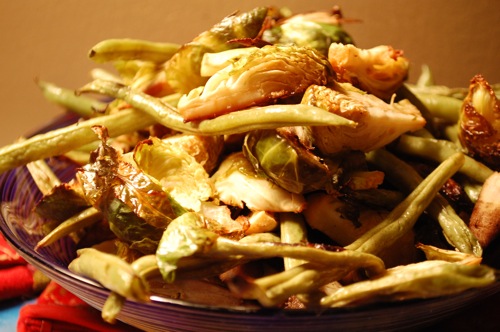 Once the veggies were done, we simply made bowls of rice + lettuce + fried egg, and added the toppings. Here is the bi bim bap base (Bobby’s): 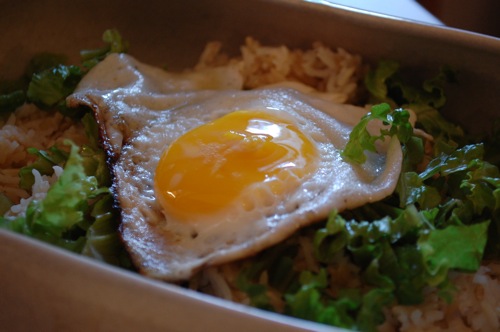 And here is the finished product (mine – extra lettuce, obviously): 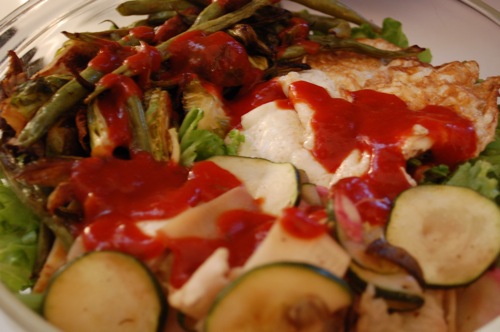 We topped it with homemade ketchup + organic hot sauce. Yum!

This was so much better than some of the other things I have made recently – not because the other things are bad, but because this was made with fresh, organic, local ingredients. I am finally converted. These veggies were fabulous and it’s not worth it to me to save money with non-organic produce anymore. I’m going GREEN.

Exercise of the day: I’m about to do my Diane von Furstenberg exercise, and then Bobby and I are going to the Met a little later to meet up with a friend. We’ll walk there (over a mile) and back.

Do you buy organic? Is it worth it to you? Can you get organic produce/products where you live?