Today’s post is a guest post from my mom. She did not know her email to me (in response to this story) was going to be a guest post until after she wrote it though. I hope she writes more. Or starts her own blog. She has lots of good stuff to say.

Kids always amaze me. They are sometimes shockingly wise, like when it comes to food. Kids eat intuitively – they just eat when they’re hungry and stop when they’re full. At some point I did lose my food intuition, but I found it again after some time. Without further ado… My very wise mom.

So…what was your eating like when you were young? I will start at day one and go forward. 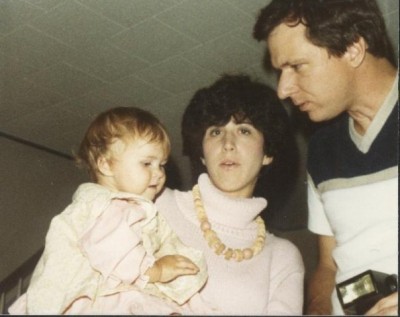 You were exclusively breastfed for the first 6 months. Then I tried to get you to start on solid foods but you had no interest whatsoever. I cooked organic oat bran and sweetened it with ground raisins (no refined sugar for my perfect child!). You had little bits but just really weren’t too interested. In fact, you pretty much lived on just breastmilk for about your whole first year of life (and I think it was because you may have had underlying issues with non-human dairy products).

I always tried new things with you but you mostly just wanted to nurse (I mean, it is the perfect food after all!).  At the time I think I would tell people you ate more than you did just because people were so… um… annoyingly judgmental about how I was ruining your health! (There! I said it!) The thing about breastfeeding is that it is supply and demand… babies eat until they are done and learn how to self-regulate. With a bottle, there is always that temptation to make the baby finish the whole thing… or drink a specified number of ounces.

Once you became a toddler you really liked just about anything I would give to you. A favorite was tofu that you would snitch as you sat on the counter “helping” me cook. You liked fruit and veggies. The only flesh you really ever had was probably tuna fish — tuna and peas in a white sauce over toast was a favorite. I did ants on a log (celery) and ants on a bench (apple) a lot. I let you eat as much or as little as you wanted – there was no clean plate club. When we had play dates there were usually PB and J sandwiches or bagels with cheese melted on them. I made a lot of meals from the La Leche League (Maggie’s comment: this is an organization for breastfeeding mothers) cookbook — these tended to have whole grains. I made chicken fingers or tofu sticks and oven fries a lot. 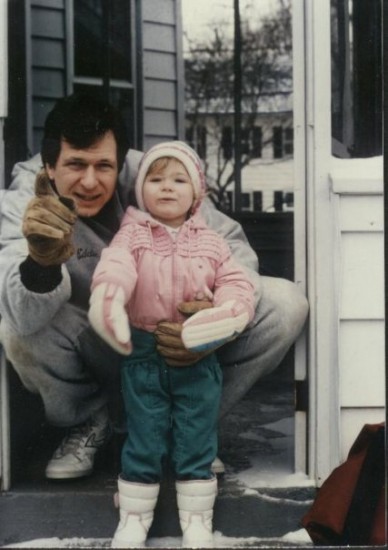 When we went to dad’s softball games a few times a week, you usually snacked on raw green beans, apples, raisins or trail mix. I was a firm believer in water for drinking and never even suggested that you drink milk with your dinner. Probably in middle school is when I started making a lot of things from Cooking Light. 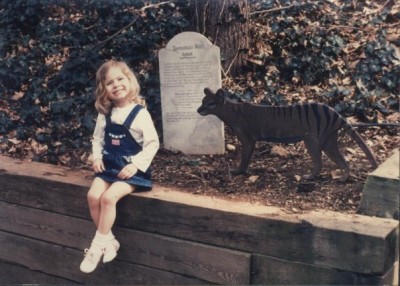 You were not a picky eater. I don’t remember if you ate sweets…I sort of doubt it since I don’t like to bake… although I do remember these really yummy cookies I used to make from the LLL cookbook — they were oat, whole wheat and raisin, sweetened with ground up dates, had willow ridge soy margarine and sunflower seeds and just enough chocolate chips to make them yummy. You loved them and I never felt guilty about letting you eat them — sometimes even instead of a regular meal (they just had so many good things in them).

Well I think that might be all I can think of for now.

That was perfect, Mom. You got anything for me Dad? Hint hint.

How did you eat as a kid?

Apparently I was this awesome intuitive eater. Maybe I will start making tuna and peas in a white sauce again. I remember absolutely loving that dish.

Don’t forget to stop by tomorrow for more of this. And if you missed it, honesty was a hot topic earlier this week.

21 Replies to “How To Eat Like A Child (aka Intuitively)”