Inspired by last weekend’s shenanigans, I wanted to make my own version of coconut pancakes. First I had to get myself an early birthday present (it was already wrapped, oddly enough!): 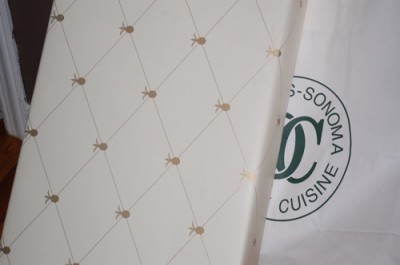 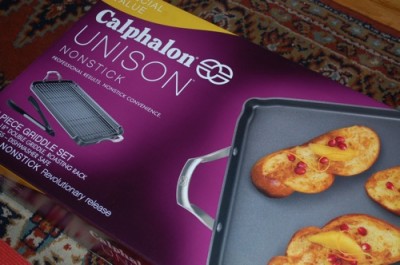 My very own griddle (Calphalon, from Williams Sonoma, if you want to get your own). This may be the best kitchen item I have ever bought. Better than this guy (which caused bleeding), and definitely better than this one. But without further ado… 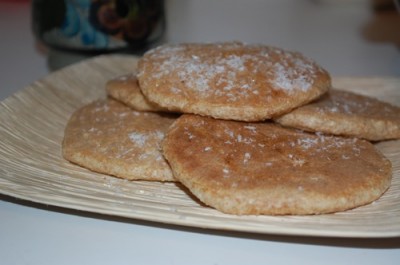 You can’t not make these coconut pancakes. This coconut pancakes recipe came out with 10 small guys; I think I had 6 and Bobby had 4 plus vegetarian bacon (which tastes delicious cooked on a griddle; I had a bite). 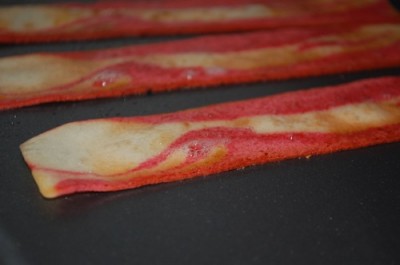 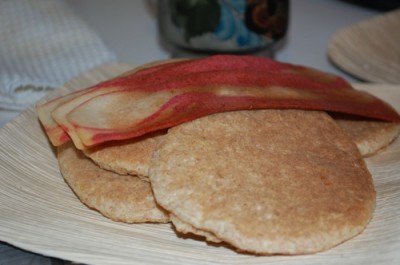 There were about 500 calories in the whole coconut pancake recipe, so it’s either a substantial 1-person breakfast or you can put on some toppings and split it between 2 people. Or save half for another day. I topped mine with more coconut flakes and honey. 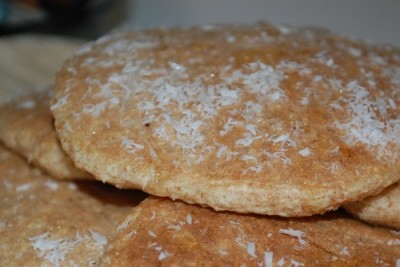 I’m really into the coconut this week and I have another recipe to share with coconut in it later.

Do you like coconut? What’s your favorite coconut recipe? Have you made coconut pancakes yet?

Don’t forget – You have one day left to win some yummy stevia 🙂 **If you want another entry, go to my newly updated recipes page and leave a comment (on the stevia post) telling me what recipe you want to try!** And you have until the end of the month to use this stevia coupon.