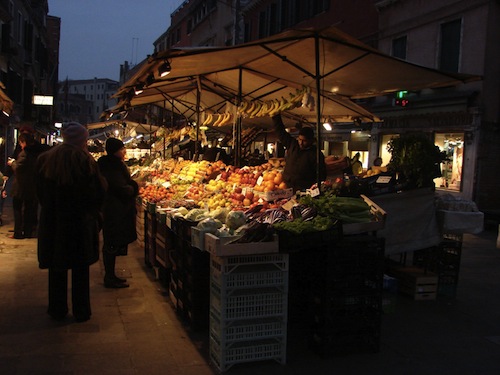 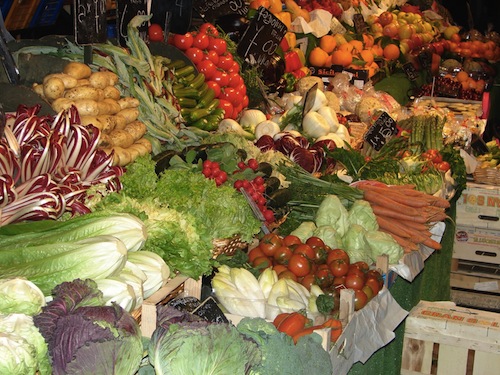 They open around 5pm on some of the main streets in Venice. It’s a beautiful sight. 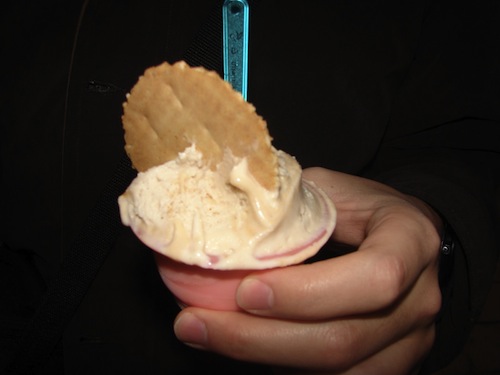 This is fig (ficchi) gelato from the other day. Today we went back to the same place and got yogurt gelato… Both of us prefer the yogurt; it’s slightly less sweet but it’s real, pure yogurty goodness that can only be found in Europe. The yogurt I’ve been having for breakfast is similarly incredible – you just can’t get yogurt like this in the US.

Have you ever been to Italy? Have you had true Italian gelato? Shopped at the Italian markets?

In Italy, Le Pescerie (Fish Shops) are only open in the morning. We’ve been wanting to make fish, but haven’t been able to get up early enough.

Instead, tonight I made my very own version of Italian ratatouille (currently Bobby’s favorite Disney movie). This dish is filling enough to be the main course, and it’s loaded with nutrients. I used tomatoes, zucchini, and radicchio, but some people use eggplant instead of radicchio. I taught myself how to make ratatouille through trial and error. The key is to have equal parts of each vegetable.

Bobby and both had seconds and we finished it up (probably could have eaten more); as an appetizer you could probably feed three with this recipe. 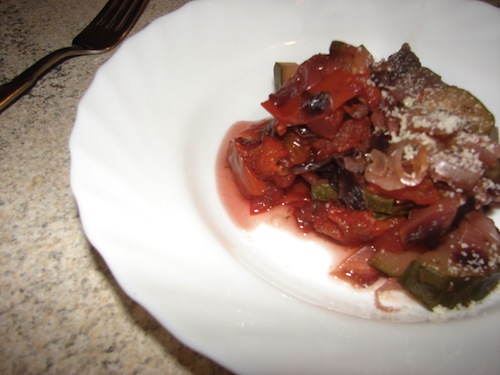 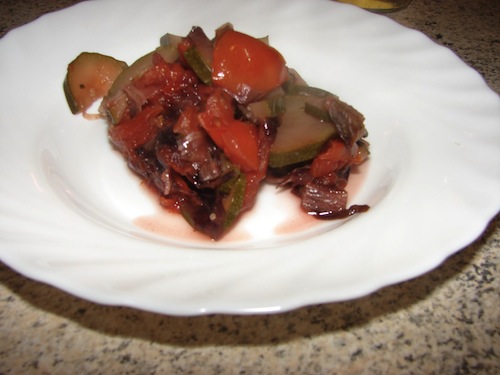 Bobby liked this Italian ratatouille with olive oil and I liked it with parmesan cheese.

What would you top it with?

I stole the idea for this from “French Women Don’t Get Fat”, by Mirelle Guiliano, but modified it slightly.

Ingredients (serves 2 as an appetizer) 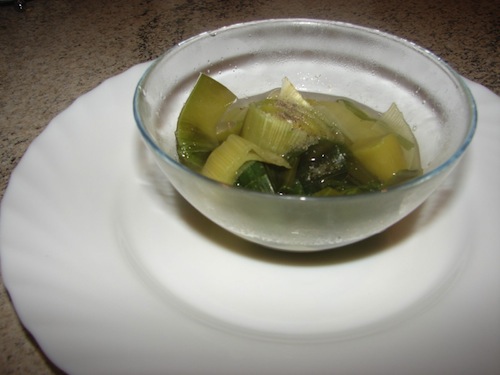 Delicious and healthy, this soup makes a wonderful appetizer 🙂 It brings out some of the subtleties that can be lost in other leek soups that have more ingredients. Bobby even asked for seconds.

A new breakfast gnocchi recipe, straight from my Italian kitchen… 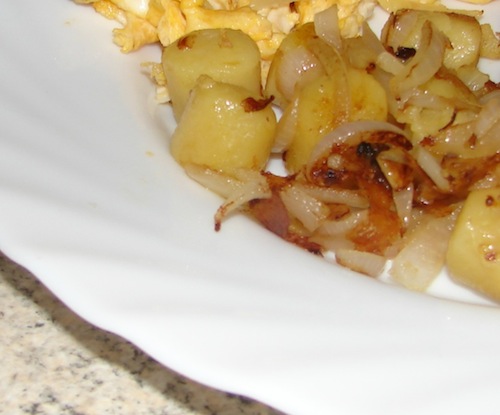 Make sure you saute the Gnocchi for long enough (at least 3 – 4 minutes), otherwise they will be mushy!

Today we were supposed to go to Mestre, but the alarm didn’t go off, the blinds were closed, and we slept until 3.00p. Instead we shopped around Spinea, and Bobby got me a present: beautiful Italian boots.

For dinner I made tortellini:

How to Make Tortellini

For dessert we had a “Kinder Sorpresa”, a little chocolate egg that comes with a toy inside. 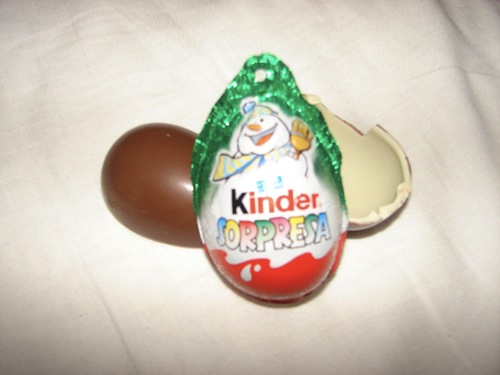 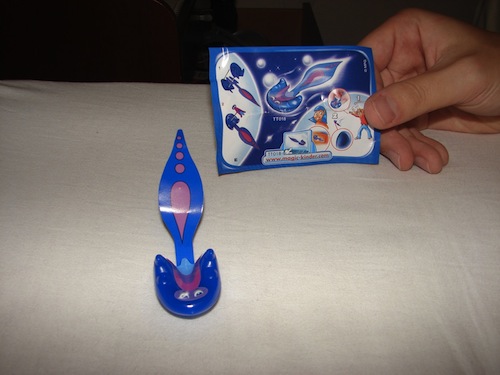 It can also stick to fabric. 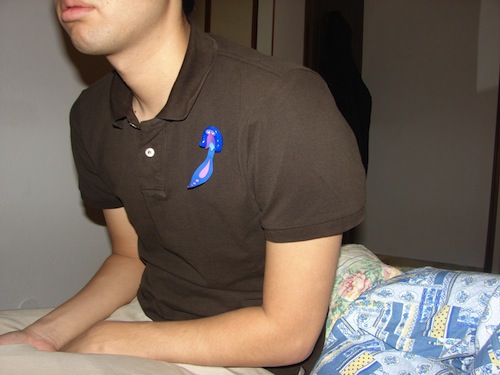