One: I finally got over the flu.

Two: I have more time to blog again. Maybe daily. And maybe even comment on all of your beautiful blogs.

Anyway, I’ll explain more later. Here are my eats for the day (this first picture is from last summer’s juice days): 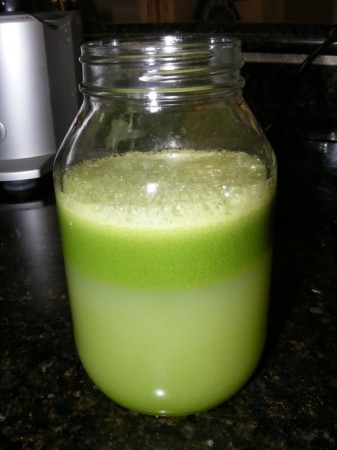 Breakfast was a green juice with lemon and ginger from The Health Nuts. Yes, this juice is $5.99 (a large), but that’s actually cheap when you consider the fact that The Blueprint Cleanse is about $75 per day (6 juices – one of which is simply water, lemon juice, agave, and cayenne pepper).

After breakfast I did a killer kickbox workout from Netflix (you can work out when you’re sick as long as the cold is just in your head – this made me feel better). It’s called 10 Minute Solution – Kickbox Bootcamp. The workout was good, but I didn’t like the instructor that much. 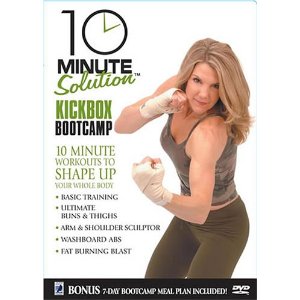 After I did this one I did a few minutes of Crunch: Super Slimdown which I really liked. I’ll definitely finish it tomorrow. It’s a combination of yoga and pilates (so far). This instructor, Ellen Barret, had a gorgeous figure.

Both of these videos are free with Netflix streaming. We have an XBox hooked up to the television so I can stream them right to the tv. We don’t even get cable anymore because Netflix is easier and cheaper. (And cheaper than a gym membership.)

Lunch was a salad ordered out from Cafe Metro: romaine base, smoked tofu, egg whites, avocado, peppers, broccoli, tomatoes, cucumber, grapes, mandarin orange, mushrooms, onions, roasted peppers, sliced beets, and sprouts. I got it chopped with dressing on the side – Chipotle Ranch. It also came with a whole wheat bun, which I had a little later. 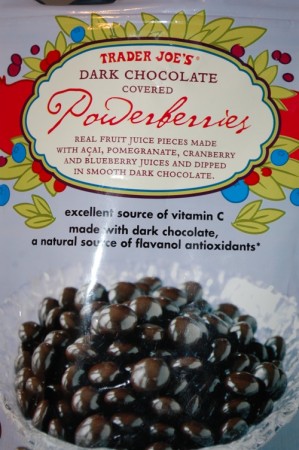 For dinner we went out to Thai Son in Chinatown, which is actually Vietnamese. I got the papaya salad – green papaya, shrimp, peanuts, and the Vietnamese dressing with fish sauce. I had some of Bobby’s beef pho as well. This is my ultimate favorite meal. 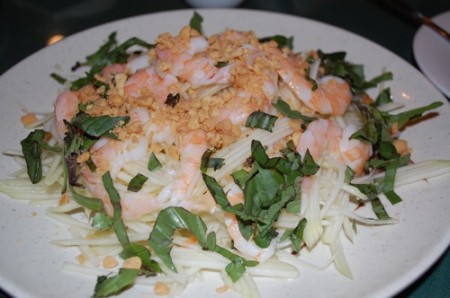 Dessert – Chinatown cherries. Two pounds for $3. Now they are gone. 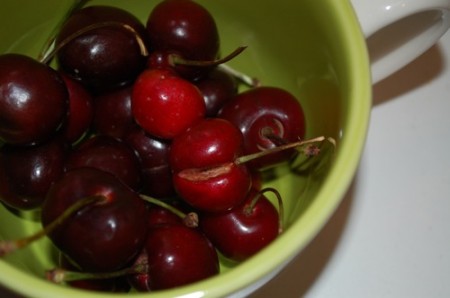 My brother is coming into the city tomorrow to get lunch so that should be fun. I also scheduled a facial now that I’m over the flu.

If you had to eat one meal forever, what would it be? Mine would be papaya salad. I don’t even think this would be a hardship for me.