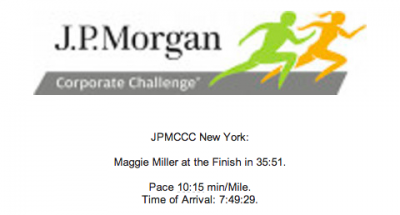 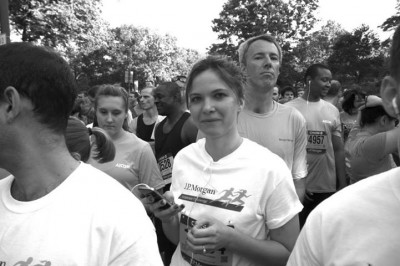 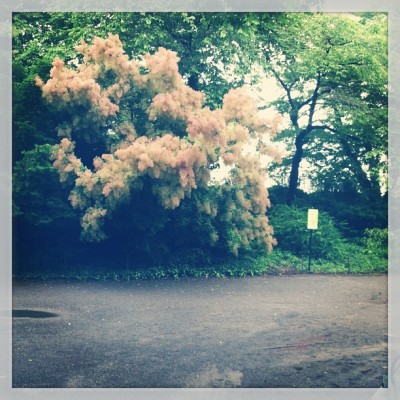 I saw this survey on debbie’s blog a few days ago and I couldn’t resist.

A. Age: 26 as of yesterday.
B. Bed size: Queen.
C. Chore that you hate: Cleaning the litter box. (Thanks hon, for relieving me of this duty 9 times out of 10! Love you much.)
D. Dogs: None. (2 cats!)
E. Essential start to your day: Stumptown coffee with milk and stevia; toast with butter; alone time.
F. Favorite color: Purple.
G. Gold or Silver: Platinum.
H. Height: 5’10”
I. Instruments you play: Piano (but not lately) and I sing soprano in 2 choirs (sop 1 in one choir, sop 2 in the other).
J. Job title: Software engineer. (I’m a web developer at a marketing company.)
K. Kids: Someday… soon?
L. Live: NYC – UES.
M. Mother’s name: Same as mine! Different nickname though.
N. Nicknames: Maggie, Meg, Magpie, Mags.
O. Overnight hospital stays: None that I know of. When I was born I guess.
P. Pet peeves: chewing with your mouth open. Having to repeat myself because you weren’t listening. These are the general yous, not you the reader specifically 😉
Q. Quote from a movie: “It takes a great deal of courage to stand up to your enemies, but a great deal more to stand up to your friends.” — Dumbledore (in the HP movie)
R. Right or left handed: Right.
S. Siblings: 2 – a younger brother (3 years younger) and a younger sister (6.5 years younger).
T. Time you wake up: Generally sometime between 7:30 and 8:30 am. Later if I had a late night.
U. Underwear: Uniqlo.
V. Vegetable you hate: Hrm… none? I used to hate baby corn but I love it now. I don’t really like mushy peas, does that count?
W. What makes you run late: Sometimes I start cleaning and I get distracted and I end up looking at the time and I should have left for work 30 minutes ago. Or getting back in bed in the morning to snuggle with Bobby before I go.
X. X-Rays you’ve had: At the dentist (many times – a little less than yearly I think) and at the chiropractor once.
Y. Yummy food that you make: Everything? Hehe – I kid, I kid. I made a pretty good broccoli soup last week, and I have been making some yummy gazpacho this summer. I make good eggs with goat cheese and I also make killer roasted veggies.
Z. Zoo animal: I don’t believe in zoos.

I had a great birthday weekend. Friday night I took Friday Night Flow at Pure with my Ashtanga teacher (I haven’t been to ashtanga in a while). Then I met up with Bobby and we grabbed a quick dinner at Kobeyaki – think Chipotle but for Japanese food. I got the shrimp teriyaki on brown rice and a seaweed salad on the side. (B got the chicken teriyaki and a beer.) 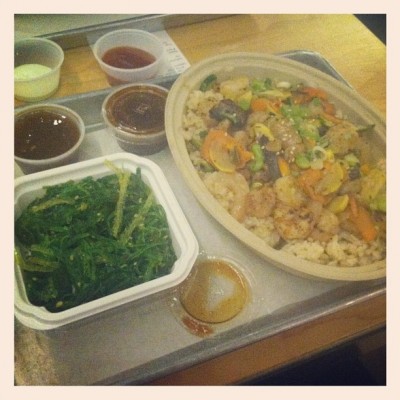 We later hit up Rockwood (a live music place with a bar) and saw the Delta Saints – I’d never heard of them but they were awesome. They are from Nashville, TN. I listened to their stuff online when we got back but they were much better live, so if you ever have a chance to see them definitely go. They are incredibly talented. The singer’s voice is great, the guitarist is great, the bassist too, the drummer, and there is another guy who plays a bunch of random instruments including harmonica – he was awesome too.

Saturday I went to hot yoga in the morning, sat at a bank doing stuff for my co-op (I’m on the board), and my mom came into town for the day. We got a delicious lunch at Pret a Manger – love this place. My mom told them it was my birthday (embarrassing! kind of) and they gave me a cookie. I got the turkey-basil-hummus wrap and a decaf. 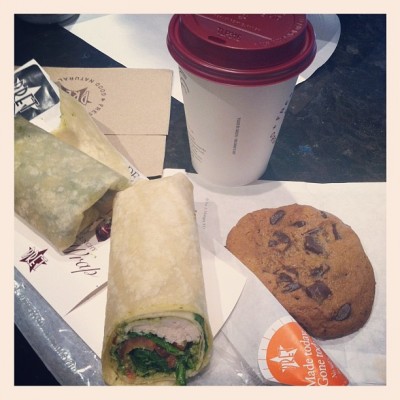 We went out to Brooklyn where we met up with Bobby’s cousins (from Japan). Walked around a bit, then came back to the city. That evening was pretty chill.

Then this morning we went to Le Pain Quotidien with my mom (I got a soft-boiled egg and bread) before she headed back to NJ. B and I went to central park and tossed a frisbee around and I did some yoga in the park. We walked around before coming home. It’s a gorgeous day in NYC today. Crisp and cool (not too cool), not humid, sunny – the perfect weather. We stopped at Williams Sonoma and got a few kitchen items, and grabbed dogs at Grey’s Papaya before heading back to our apartment.

Now that I’m home, honestly I want to take a nap! But I think I will do some food prep for the week and maybe do some reading.

All in all a lovely weekend. It is SO nice to have almost nothing planned for once. I have got to stop booking up my free time. I am very content to meander with my husband and just enjoy not having anything specific to do.

What did you do this weekend? Do you overbook yourself? What are your answers to the quiz?

A few weeks ago I won my friend Missy’s book giveaway (I’ve known Missy since we were about 12, I think) and Akashic Books (a local publisher – they happen to be in Brooklyn – did you know I still haven’t been to Brooklyn? I keep getting made fun of for that…) sent me a copy of Glorious by Bernice L. McFadden. Glorious was a quick and easy read and I really enjoyed it. And did I mention it was autographed? 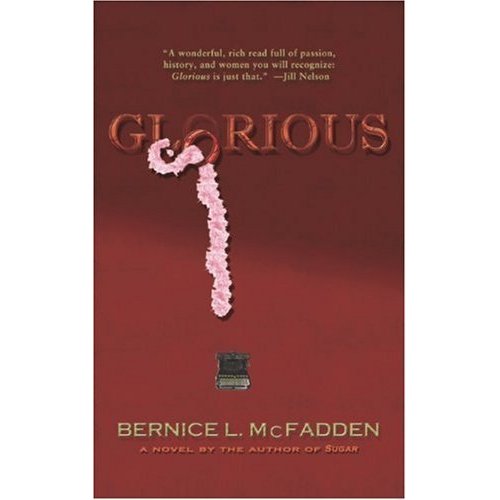 From Akashic: Glorious is set against the backdrops of the Jim Crow South, the Harlem Renaissance, and the Civil Rights era. Blending fact and fiction, Glorious is the story of Easter Venetta Bartlett, a fictional Harlem Renaissance writer whose tumultuous path to success, ruin, and ultimately revival offers a candid and true portrait of the American experience in all its beauty and cruelty.

Missy does a much better review than I could ever do, so I encourage you to check it out here. I will just say that I thought the book was great and I breezed through it in a few hours. I really like historical fiction and I haven’t read many books with African American heroines (I don’t know why, maybe there just aren’t that many?) so this was really new and interesting for me. I’d highly recommend it.

I’m excited to check out more books from Akashic too; I like supporting small and local companies that are not evil and corporate.

What have you read lately? (I feel like I ask this question a lot – but I love hearing the new responses.)